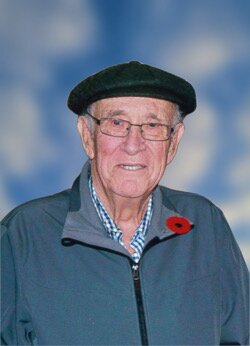 Please share a memory of Charles G. to include in a keepsake book for family and friends.
View Tribute Book

Charlie was raised in Bulls Cove by his parents Jack and Violet. Hewas very fond of passing down the many stories of his days as a youth and the many adventures he had. Life was very different then and he would often tell of the times with his father cutting the ice in the ponds for the fishing boats and of learning to drive in his father’s Model A Ford. Charlie was a great carpenter and was known to have many projects over the years but he found the most pride in the portable fiberglass garbage container he made so he could carry out the garbage in style – and this was long before the containers we have today! And of course we can’t forget the cabin he built in Tides Brook by re-modeling a tiny camper to a living space for nine!

Charlie began his working career at the Cold Storage in Burin and went on to become a Plant Manager in Catalina and Marystown with Fishery Products International. He finished his career as a Research and DevelopmentEngineer with Fishery Products International, St. John’s. He alsoenjoyed his time as an officer with the Marystown Sea-cadets and would often be off on one adventure or another.

Charlie and Ruth retired back to Marystown where he was happy to carry on his love for carpentry and to pass on his talents to others in the family. Charlie’s other passion was to dance as he and Ruth would often be seen on many a dance floor dancing a two-step, a jig or a waltz. He loved spending time with his family and friends and was always up for a games of cards or a fine family feast.

Charlie will be missed by all. He enjoyed a great life and heaven will be a brighter place as he joins the many family and friends waiting to greet him.

Donations in Charlie’s memory may be made to the Burin Peninsula Health Care Foundation.

Look inside to read what others have shared
Family and friends are coming together online to create a special keepsake. Every memory left on the online obituary will be automatically included in this book.
View Tribute Book

Share Your Memory of
Charles G.
Upload Your Memory View All Memories
Be the first to upload a memory!
Share A Memory
Plant a Tree