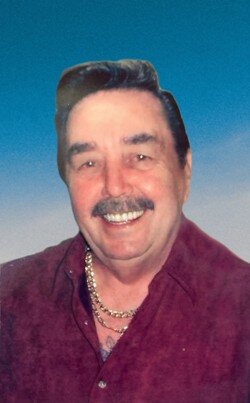 Please share a memory of Walter to include in a keepsake book for family and friends.
View Tribute Book

It is with great sadness the family of Walter Simpson of English Hr East, NL announce his passing on April 3th , 2022 at the Dr. G.B. Cross Memorial Hospital, Clarenville at the age of 79 years.

Debby Durnford plus a large circle of other family and friends.

Walter was a lifelong fisherman he loved the sea, He was mayor of English Hr East for over 20 yrs.  Walter was a generous, compassionate, humble and loving man both of family and the people of his community. His happiest times was to be in his home surrounded by his wife, sons and daughters and their extended families down to the great-grandchildren with the telling of stories. He loved woodworking and playing darts and spending time with his friends.  He received the Queens Golden Jubilee medal of honor, "He valued people for who they are," and he didn't do it for the recognition. "He was involved because it was the right thing to do.

In keeping with Walter's wishes cremation has taken place.

There will be a memorial service held at a later date.

The Lord is my Shepherd - A guiding light through life. I shall not want - Giving everything to everyone. He maketh me to lie down in green pastures - Showing me where rest and respite can be found. He leadeth me beside the still waters - Always there to calm anxiety and problems.

To plant a beautiful memorial tree in memory of Walter Simpson, please visit our Tree Store

Look inside to read what others have shared
Family and friends are coming together online to create a special keepsake. Every memory left on the online obituary will be automatically included in this book.
View Tribute Book
Services for Walter Simpson
There are no events scheduled. You can still show your support by planting a tree in memory of Walter Simpson.
Plant a tree in memory of Walter

Share Your Memory of
Walter
Upload Your Memory View All Memories
Be the first to upload a memory!
Share A Memory
Plant a Tree