Sign in
Recommend Helen's obituary to your friends
Plant A Tree 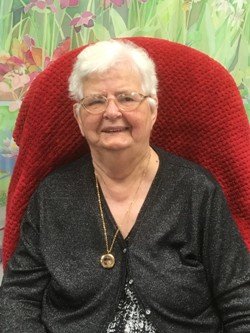 It is with great sadness the family of Helen Hollett of Lewin's Cove announces her passing at US Memorial Hospital, St. Lawrence at the age of 90 years on Tuesday, November 12, 2019

Donations in her memory may be made to the Hope United Cemetery Fund  or flowers gratefully accepted.